Austin, TX - Silent Films Out Loud pairs the indelible on-screen antics of comedic icon Buster Keaton with the ingenuity of four of Austin’s most talented composers: Justin Sherburn, Jackie Myers, Bob Hoffnar and Dave Biller. The performance will take place on Saturday December 2nd, 2017 at the Stateside at the Paramount Theatre.

Silent Films Out Loud is presented in part by the Cultural Arts Division of the City of Austin Economic Development Department and One World Theatre.

Tickets for Silent Films Out Loud are $20 and will go on sale Thursday, October 26th, available online and at the Stateside Theatre at the Paramount’s box office.

One World Theatre - One World (OW) was founded in 1993 as an education outreach program. It began with a single multi-cultural performance presented throughout Austin Independent School District. The co-founder and Executive Director of OW, Hartt Stearns, originally received funding from the City of Austin for arts and education programs for his personal work in the schools, including assemblies, workshops and artists-in-residencies. Soon after, Stearns recognized that many other local Austin artists sought his mentorship in their own quest for city funding of arts outreach to the schools. It was in 1997 that he incorporated OW as a 501 (c) (3) nonprofit and became a sponsoring organization for other independent artists.

Please visit the links below for more information regarding Silent Films Out Loud: 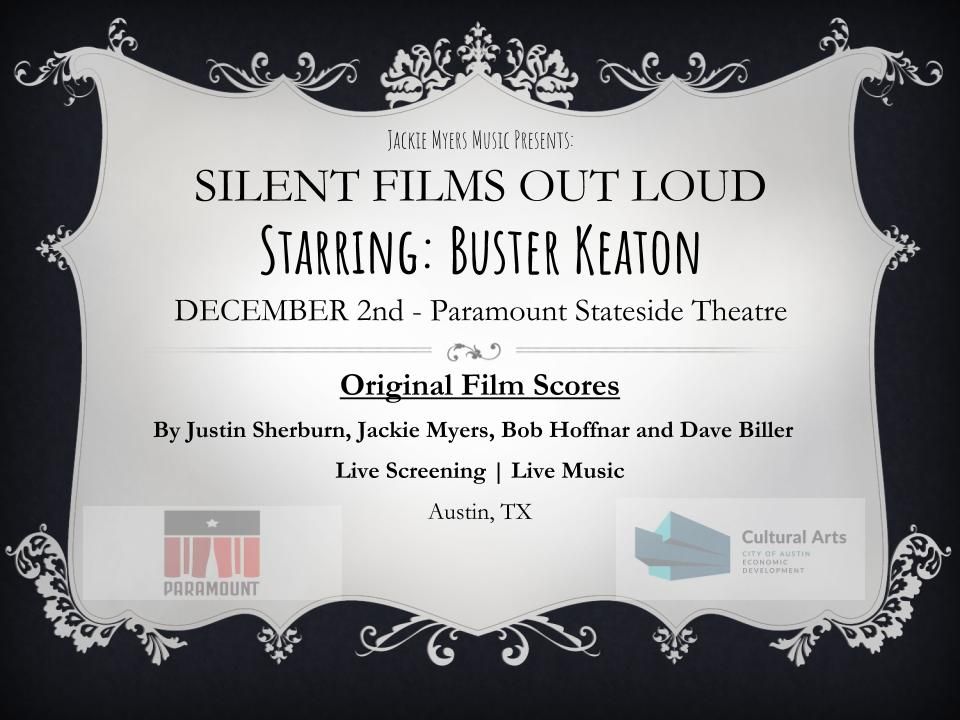